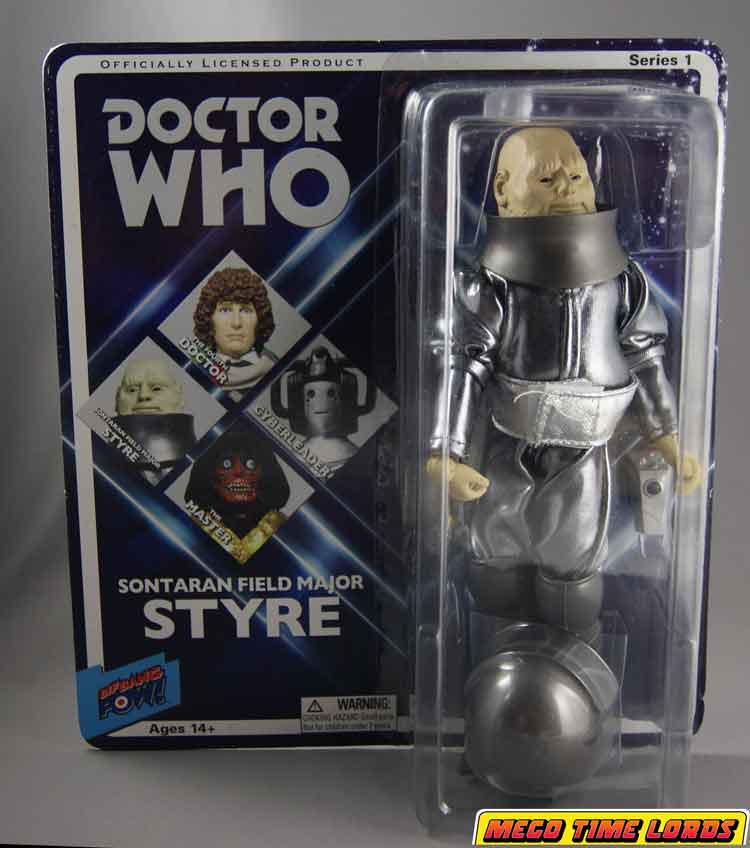 Sontarans are not my favourite Who villains by any stretch but considering they were the third baddy the fourth Doctor faced combined with how amendable they are to the Mego style, Styre was a natural fit. He's also a joy as I'll point out after the jump..

My only complaint is the body on mine was wound too tight making posing difficult, this is something I can and will fix so it's not Earth shattering. It's probably an isolated incident as well.


Styre's outfit is the best of the series and that's saying a lot. Whatever material they used for this is just terrific and show accurate. The belt looked odd at first but then I looked at the episode again and the character kind of wears it low, so it's accurate.

Re purposed Mego Super Knights boots are used here and they work perfectly. 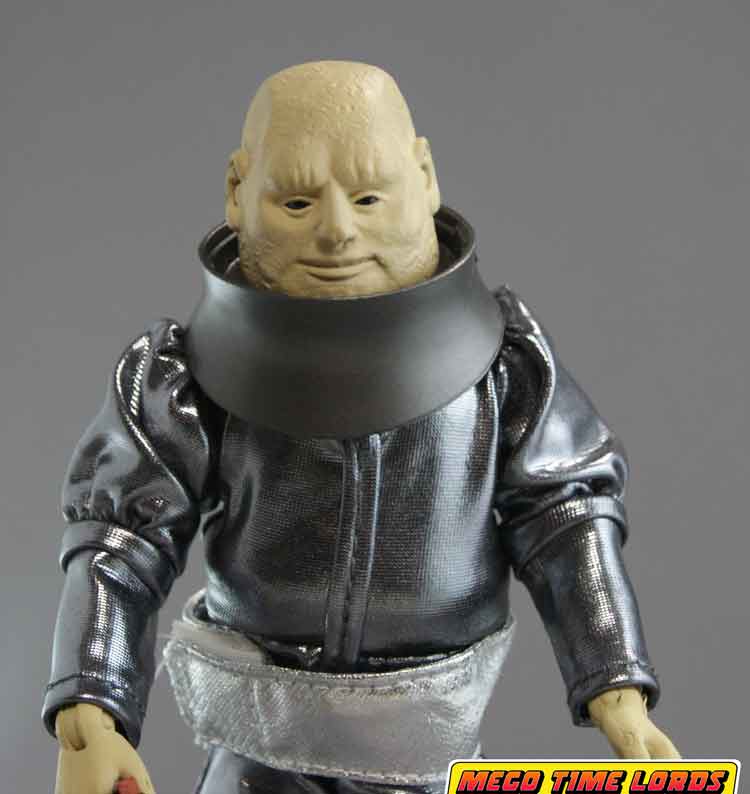 A close up of ol' Potato face, when I first got him I thought the pigment was off a little but screen caps prove that it's darn close. Part of me wants to add a little dry brush to provide some of the texture to the face and the other part of me thinks "This is exactly how a Sontaran doll would have looked in the 70s".  The 70s kid in me wins the argument. 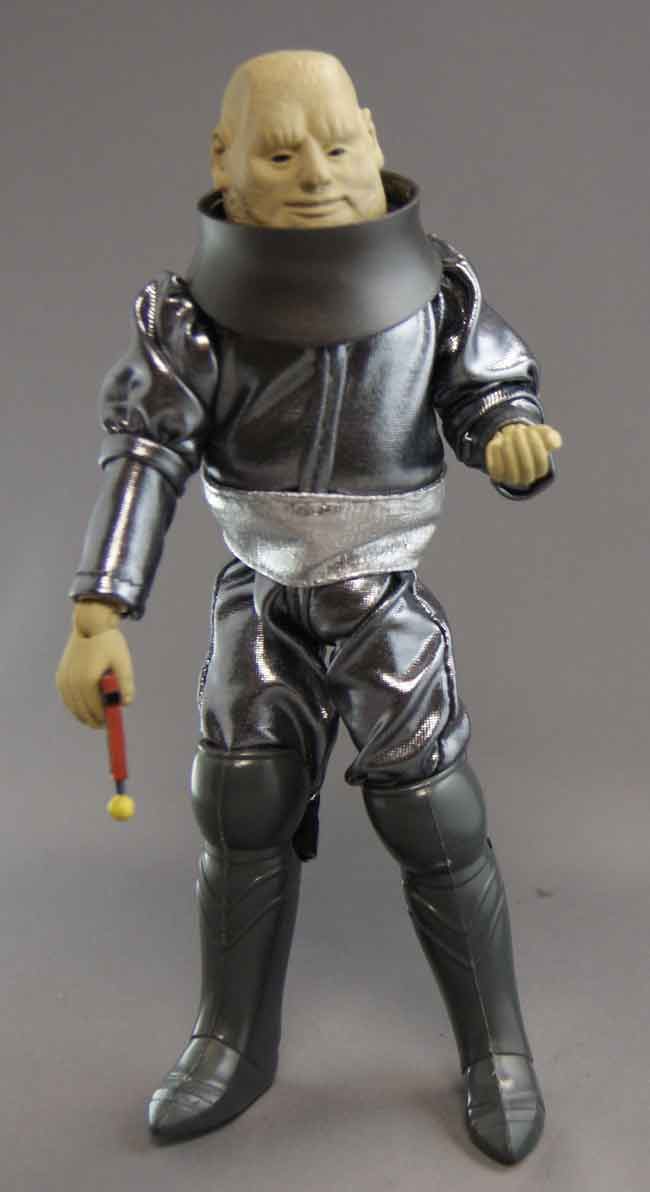 In addition to his helmet, Styre comes with a pistol and his remote control device (which fell to the floor while I was shooting this), they are both show accurate and the figure can hold them .

I've heard some complaints that Styre has five fingers, that's because he had five fingers on the show. Seriously check it out here, he is the only Sontaran on the series to have regular hands. That's also why he doesn't carry that little wand they used 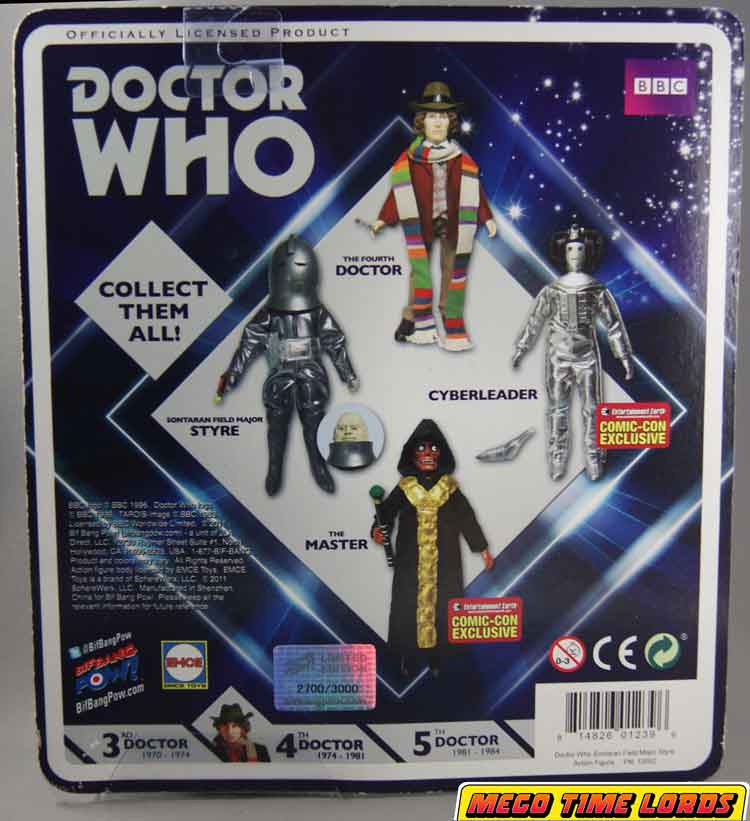 All in all, if this is what Bifbangpow has to offer, I'm very excited about the future. This line has exceeded my expectations in terms of quality and I'm automatically on board for every character they have to offer.


DISCUSS THIS IN THE BIFBANGPOW FORUMS AT THE MEGO MUSEUM

VISIT THE BIFBANGPOW GALLERIES AT THE MEGOMUSEUM
Posted by Plaidstallions at 8:20 AM